Enjoy Up-to-Date Presentations of Over 60 Leading-Edge Trauma, Critical Care, and Acute Care Surgery Topics When and Where You Want

A balance between evidence-based principles and innovative thought-provoking discussion will be maintained during lively expert debates.

Each session focuses on understanding the latest medical controversies and the implementation of practical procedural skills. 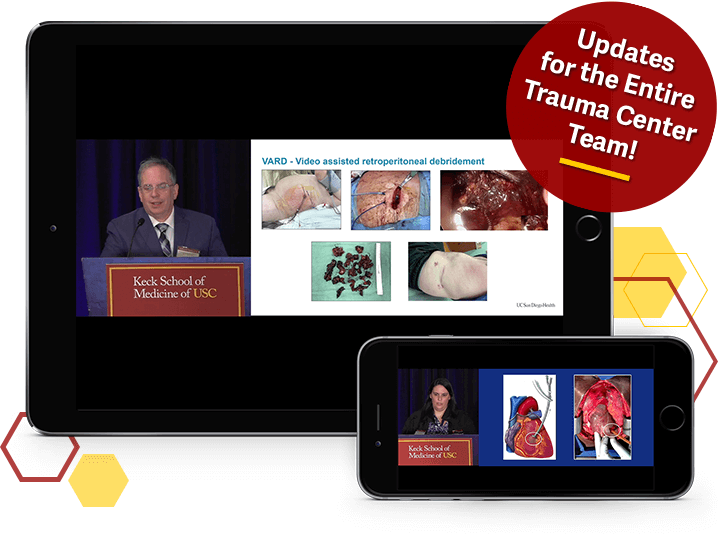 The Division of Acute Care Surgery

Institute of Continuing Education for Nurses,

Over 60 Self-Study Topics, Including:

Experience a diverse program of over 60 key topics combining the recent medical literature with the experience of our front-line clinicians.

“My knowledge has been reinforced and I can continue to educate my patients with info about the standards of care.”

“THANK YOU for the effort in putting this conference on year after year! I enjoy it so much and it truly builds our trauma team.”

“Gives me sound perspective from the evidence based research presented on the various topics.”

“Multiple presentations offered new ideas and processes we could implement within our institution.”

“Thank you for a truly excellent symposium.”